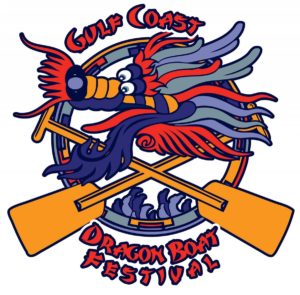 Since 2016 some of the Coast’s largest companies, organizations and non-profits have come together in support of United Way of South Mississippi (UWSM) at the Gulf Coast Dragon Boat Festival, a unique fundraising event raising money for education, health and financial stability while engaging in a little friendly competition for bragging rights.

The fifth annual installment returned after a 2 year pause on Saturday, April 29th, presented by Keesler Federal Credit Union, at The Dock in Gulfport. The festival was a great win for the community as festival patrons raised funds in a variety of ways for UWSM’s mission in Hancock, Harrison, Pearl River and Stone Counties. Of the funds raised, 99% will stay in UWSM’s impact area as it strives to improve lives for all families in South Mississippi.

“The heart of the annual Dragon Boat Festival is the thrill of the races, but also the time spent working together with your team and connecting businesses to non-profits in the community to improve the lives of everyone in South Mississippi communities”, said UWSM’s CEO, Kathy Springer. “The festival has grown every year and 2022’s turnout was the biggest and best yet; hundreds of rowers from across the coast came together once again to support our mission and we could not be more pleased with the outcome.”

The races yielded some exciting results:

The Gulf Coast Dragon Boat Festival started in 2016 and quickly became one of UWSM’s biggest fundraising events. The festival’s primary draw is the dragon boat races. Apart from general sponsorships, local organizations support UWSM by putting together a dragon boat team of 21 individuals to fill the 40-foot row boats. The teamwork involved and fast-paced nature of the races make Dragon Boat Festival one of the most fun means of supporting South Mississippi communities.

Total books given out to date through Dolly Parton's Imagination Library

Dollars Invested in our Communities over the Past Year